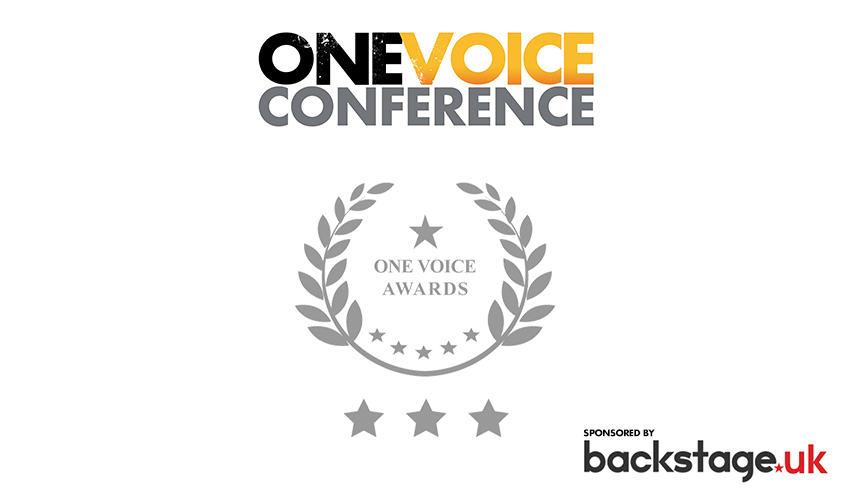 The guests? 151 of the most talented lads and ladies in voiceover.

The number of courses eaten at dinner? Three.

The number of voices referenced in the title of the awards? Just one.

The One Voice Awards can be summed up by a lot of numbers, figures and statements, but to us, it was the culmination of months of work to make a truly open and fair voiceover award. Opening the One Voice Award gates to the public, we were stampeded with over 1,500 people putting their name forward for an award. The only criteria was that you had to have produced voiceover work in the last year, and that you had to be a British citizen or living in Britain (except for the international award of course).

But quicker than the outcome of vindaloo and a case of IBS, those names have gone from nominees to a handful of shortlisted names and now we have the entire roster of One Voice Award winners, across all 32 VO categories. Our dream became a reality in what feels like the blink of an eye.

The entire night was hosted by Peter Dickson, who made an incredible entrance which won’t be ruined here as it needs to be seen. The co-founder of the awards, Hugh Edwards was not on stage, but no less present, acting like a digital guardian angel, keeping everything going behind the scenes.

But while reading about the awards is riveting, there’s nothing quite like being there and that’s the real message of this summation. We can tell you all the details, but nothing quite compares to the incredible moments of tension, joy and highlights that every one of our amazing audience bought to the event. All those months putting it together were paid back a thousand times with every winning name that was announced.

Join Us At The One Voice Awards (At Your Own Leisure)

The Winners of The One Voice Awards 2018

And here they all are. The winners of the One Voice Awards 2018. We want to give our deepest congratulations to every single one of our winners. There is truly incredible talent within each of these categories and we’re so glad that they all put their names forward so that we could discover it for ourselves.

Everyone who was shortlisted deserved an award, but sadly that’s not the way these things work, so our panel of 15 judges managed to brave through the nominees and select the roster of inaugural One Voice Award winners. Here’s the list of all the winners and who knows, maybe your own name might be up there next year. We’ll see you then! 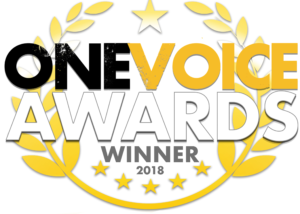 Voiceover Newcomer of the Year

Voice Job Site of The Year

Best Outtake of The Year

Voiceover Service Provider of The Year

Male Voiceover of The Year

Female Voiceover of The Year